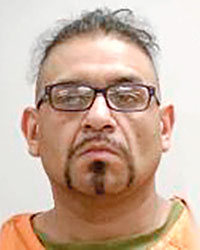 An Austin man who sold a total of 22.171 grams of methamphetamine to a confidential informant on four different occasions in Austin in November of 2020 has been sentenced to prison time in Mower County District Court.

Salinas first pleaded guilty to the two charges on June 3rd, and Judge Jeffery Kritzer determined that Salinas may serve the sentences concurrently.