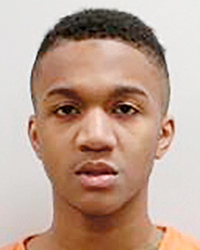 An Austin man who pleaded guilty to a felony criminal sexual conduct charge in Mower County District Court after assaulting the victim in her vehicle on July 17th, 2018 has been sentenced to prison time.

Judge Kevin Siefken determined that the two sentences will be served concurrently.  Felony charges for burglary, 1st degree assault of a person in a building or on property and for domestic assault in the case were dismissed with the guilty plea.