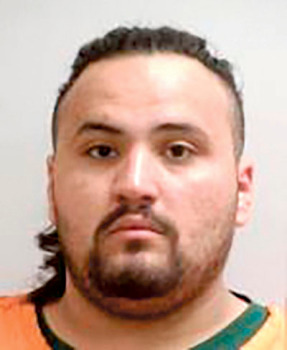 An Austin man who was found to be in possession of 76 rounds of .40 caliber pistol ammunition, a Glock.40 caliber pistol magazine, approximately 3.29 grams of methamphetamine, approximately 90 grams of marijuana, and a methamphetamine pipe after a search of his vehicle by authorities at a residence in the 3600 block of 3rd Place Southwest on September 25th, 2019 has been sentenced to prison time in Mower County District Court.

25-year-old Isaiah Ray Talamantes was sentenced on Friday to 51 months in prison for a felony charge of being a violent felon in possession of firearm ammunition. He received credit for 163 days already served.

He received a concurrent sentence of 17 months in prison for a felony fifth-degree drug possession charge.

A second charge of felony fifth-degree drug possession and a petty misdemeanor charge for possession of drug paraphernalia were dismissed at Talamantes’ sentencing as part of a plea agreement reached in the case on March 2nd.