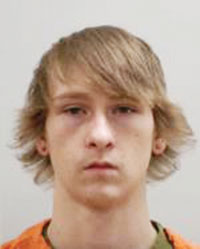 An Austin man who had sex with a then 13-year old girl at his residence in the 16000 block of 520th Avenue in late August of 2018 has been sentenced to jail time and supervised probation in Mower County District Court.

22-year old Collin Charles Belden was sentenced Thursday to seven days in jail and 15 years of supervised probation for a felony charge of 3rd degree criminal sexual conduct, victim 13-15 years of age, actor 24 months older.  A 48-month prison sentence was stayed for 15 years if Belden complies with the 29 different conditions of his probation, and he was given credit for seven days already served.