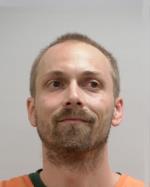 Graham’s sentencing in Mower County District Court is scheduled for January 4, 2021. Court records do not list an Olmsted County sentencing date at this time.