An Austin man who is currently awaiting disposition in Mower County District Court on charges of 1st degree burglary, assault person in building and for violating a domestic abuse no contact order is facing further charges after drugs were allegedly found in his vehicle, which was parked outside a residence in the 200 block of 12th Street Northwest on September 18th. 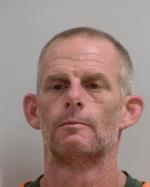 Percival’s next appearance in Mower County District Court is scheduled for October 5th.