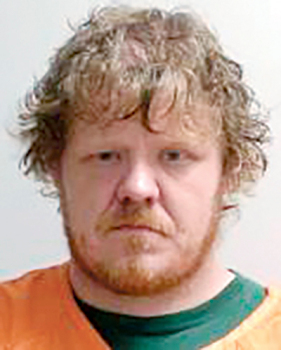 An Austin man who was found to be in possession of a loaded .22 caliber pistol, 67 additional rounds of .22 caliber ammunition, 11 grams of methamphetamine, 3.1 grams of an unknown white, rock-like substance, 15.7 grams of marijuana; and edible THC candy after a traffic stop early on the morning of August 4th near the area of County Road 1 and 530th Avenue has been charged in Mower County District Court.

30-year old Harley Manwell Roberts has been charged with felonies for second-degree drugs, possession of 10 grams or more of methamphetamine and a firearm and third-degree drugs, possession of 10 grams or more of a narcotic other than heroin, a gross misdemeanor for user of a controlled substance in possession of a firearm and firearm ammunition and misdemeanors for fourth-degree DWI – under the influence of a controlled substance, and for driving after revocation.

Robert’s next appearance in Mower County District Court is scheduled for August 13th.