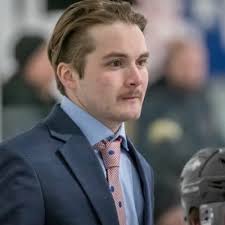 Austin High School graduate Rainer Londino-Green has been named the head coach of the Bozeman Ice Dogs of the NA3HL.

Londino-Green, a 2013 graduate of Austin High School was the top goalie for the Packers from the 2010-2011 season to the 2012-2013 season. He spent the next three years in the junior hockey circuit, including a year with the Rochester Icehawks in the Minnesota Junior Hockey League, a year as a practice goalie for the Austin Bruins and a year with the Butte Cobras of the NA3HL.

After playing for the Cobras, Londino-Green spent a year coaching goalies and another year as a volunteer goalie coach at Missouri State University before joining the staff of the Icedogs.