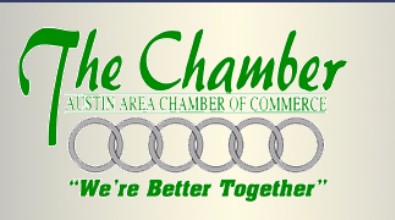 Even though the COVID-19 pandemic has caused numerous shutdowns and has changed the way we do things in this past year, the Austin Area Chamber of Commerce never stopped working.  Chamber officials recently assembled a year in review, and Chamber Director Elaine Hanson stated to KAUS that the past year has seen a large number of meetings involving the Chamber that would have been held in-person instead held on Zoom, and she also noted that Leadership Austin saw 28 individuals graduate despite the pandemic….

Hanson also noted that the past year has also seen 25 new members join the Chamber, which has 15 board members and 36 ambassadors, 5,881 chamber bucks were sold in the past year equaling $78,455, 21,000 masks were distributed, and there were also eight ribbon cutting ceremonies that took place.  Hanson went on to note that the Chamber also launched a new Instagram account, and a new event, the Austin Winter Extravaganza with 1,000 Santa visit bags distributed and 35 lighting contest participants.