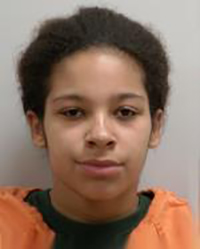 An attempted murder trial for an Austin woman involved in a hit-and-run collision in July of 2019 has been rescheduled to late spring.

20-year old Tori Jersusha-Ann Ward is facing charges of 1st and 2nd degree attempted murder and 2nd degree assault with a dangerous weapon. A 19-year-old man told Austin Police he broke up with Ward on July 18, 2019, and she then hit him with her car the next day. Police reported that the incident occurred at the intersection of 2nd Avenue SE and 1st Street SE and Ward was driving 45 miles per hour.

Ward is pleading not guilty. Her trial was scheduled to start Monday but has now been rescheduled until May 26.