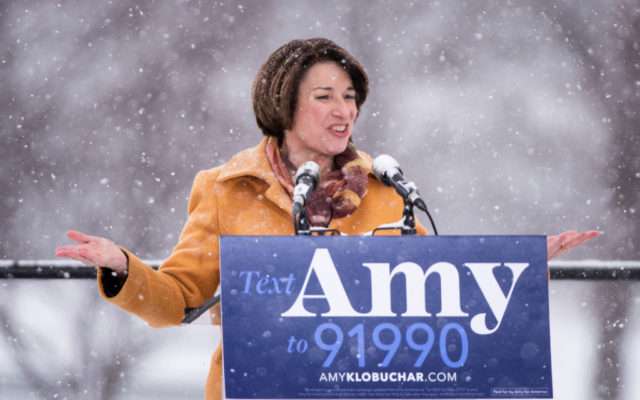 Sen. Amy Klobuchar will end her campaign for president and throw her support behind Joe Biden, her campaign announced today.

Klobuchar, one of Minnesota’s two U.S. senators, first announced her campaign just over one year ago in February 2019.

The decision comes prior to tomorrow’s ‘Super Tuesday’ primary votes in 14 states, including Minnesota.

Klobuchar’s announcement capped a weekend of decisions by other candidates to exit the field as well. Billionaire activist Tom Steyer announced his departure from the race on Saturday after failing to win delegates in the South Carolina primary.

South Bend, Indana Mayor Pete Buttigieg soon after announced his plans to withdraw from the race over the weekend, and his support for Biden’s campaign is reportedly impending.