Second degree murder charges have been filed in Mower County District Court against 35-year old Dariaz Lewis Higgins in the death of two-year-old Noelani Robinson, whose body was found in a ditch on U.S. Highway 218 just north of Blooming Prairie in Steele County nearly a year ago 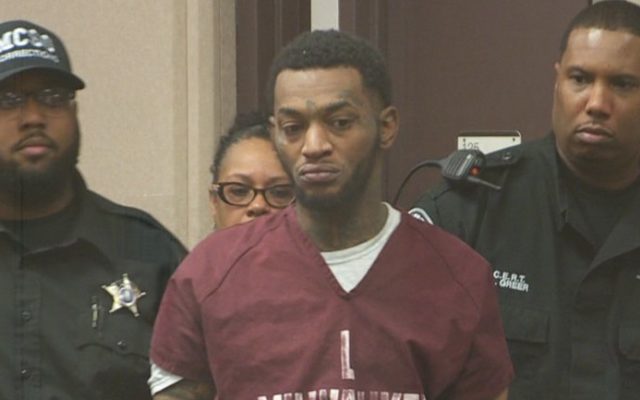 A criminal complaint filed against Higgins in Mower County stated that on March 15, 2019, a passerby discovered the body of a child wrapped in a blanket in the east ditch north of the intersection of U.S. Highway 218 and Highway 30 in Steele County.  The body was later identified as that of Robinson. An investigation revealed that Robinson had been at the Rodeway Inn Motel in Austin with her father, Dariaz Higgins, from approximately February 6th until about March 10, 2019. Higgins indicated in the complaint that Robinson died from injuries sustained when she fell off of a toilet.  Robinson’s body was then removed from the motel two days later and then left in the ditch in Steele County.

Higgins was arrested in Milwaukee on March 13th, 2019, in connection with the fatal shooting of Robinson’s mother, Sierra Robinson, on March 11th in Milwaukee. An Amber Alert was issued for Noelani that day.  Court documents state the child’s autopsy determined Robinson died from non-accidental blunt trauma, suffering multiple blunt force injuries to her head and also had multiple blunt force injuries to her extremities.

The child’s cause of death was determined to be blunt force trauma to the head.

Higgins is currently in custody at the Milwaukee County jail on the charges related to the death of Sierra Robinson.  Second degree murder carries a maximum penalty in Minnesota of up to 40 years in prison.